The Broncos ended up losing in the playoff’s, but we had fun watching, planning, and eventually celebrating the Patriots’ victory…(at least the AFC won!) 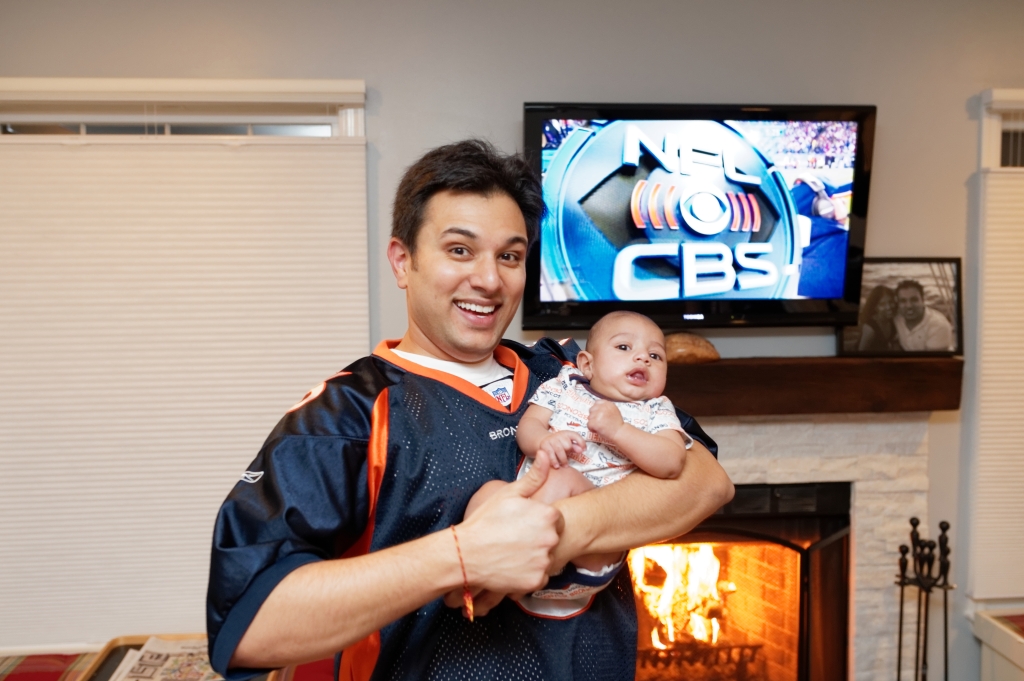 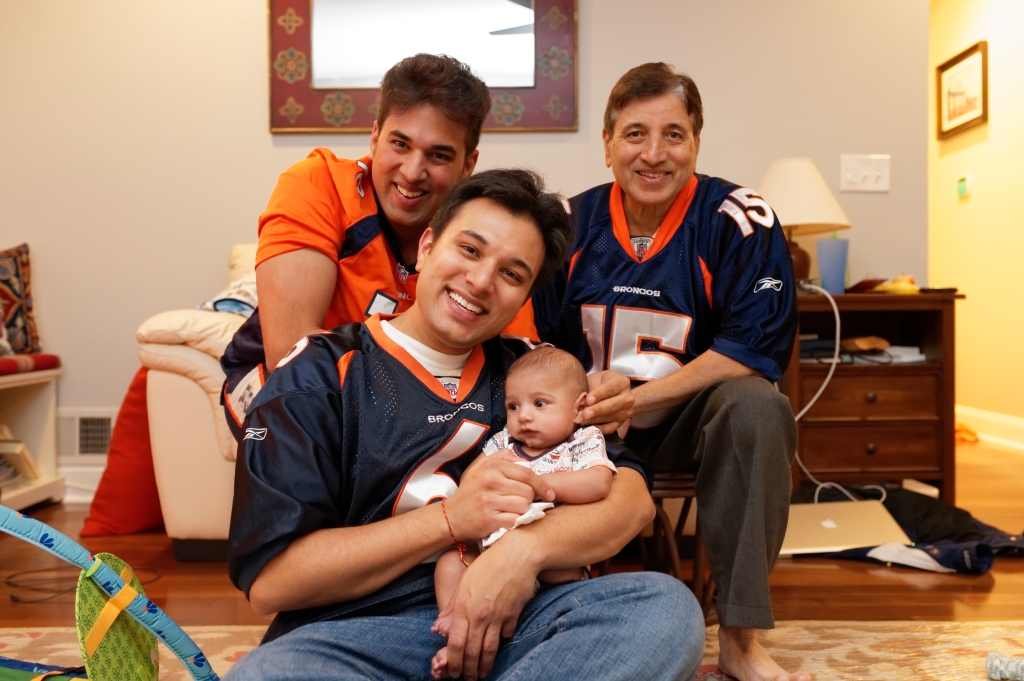 Of course, we had to force him into a halloween costume, and the best (and cheapest option!) was this little pumpkin get up from Carter’s…easy to get on and off, and for the 15 minutes he was wearing it, he looked relatively edible. 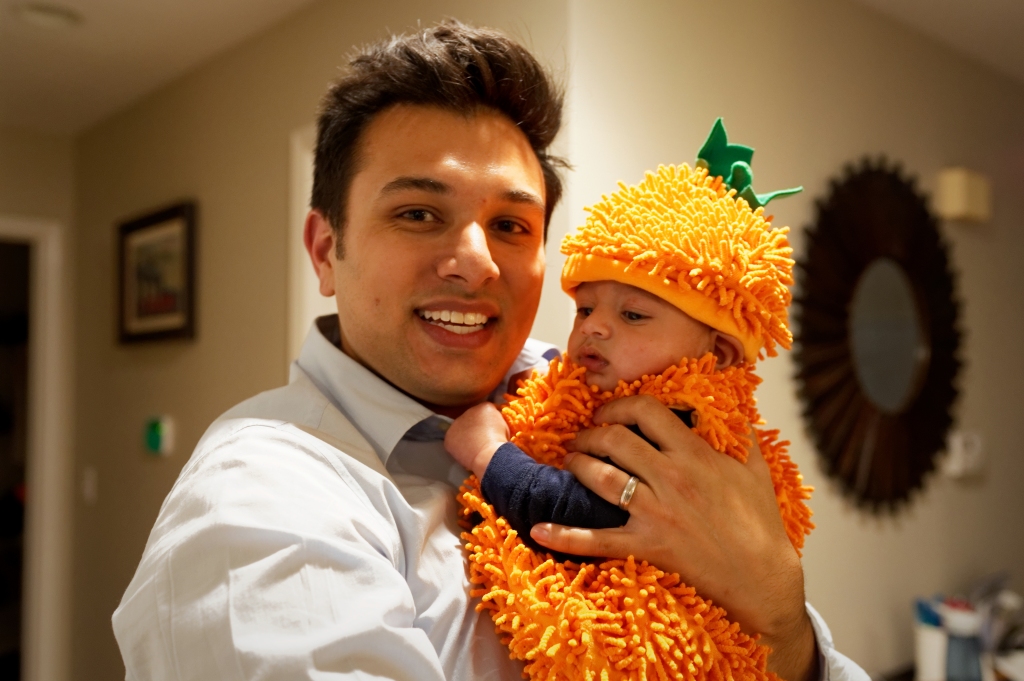 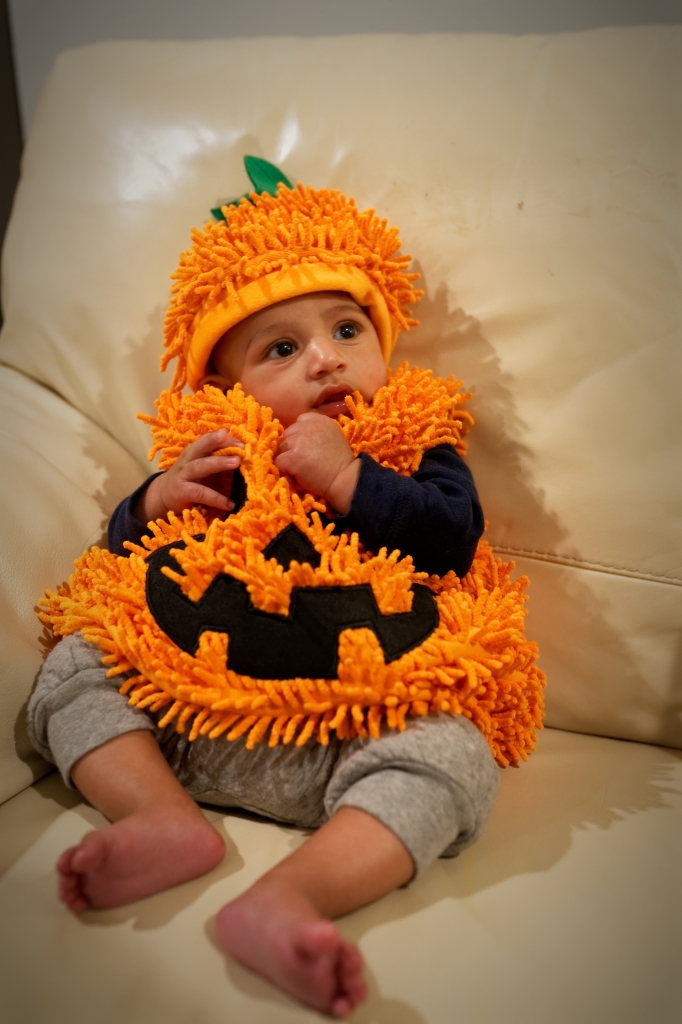 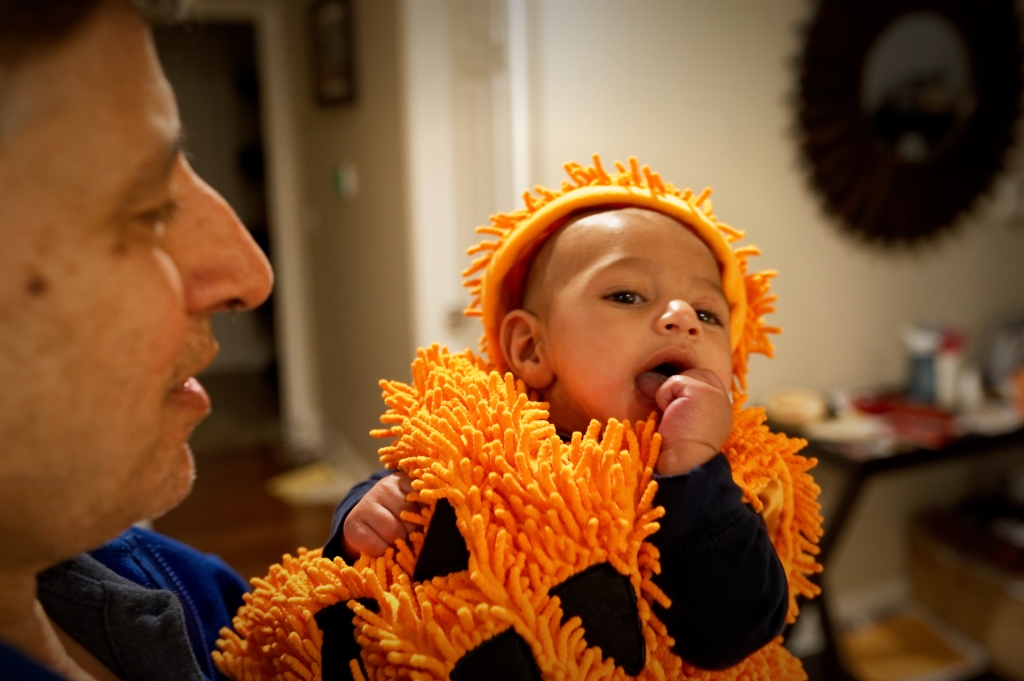 The family gathering at thanksgiving was the first of its kind, because we had the entire family on both sides there – plus we had a first appearance with our son and a Tofurkey. A vegetarian thanksgiving? Yup, we’ve crossed the line. 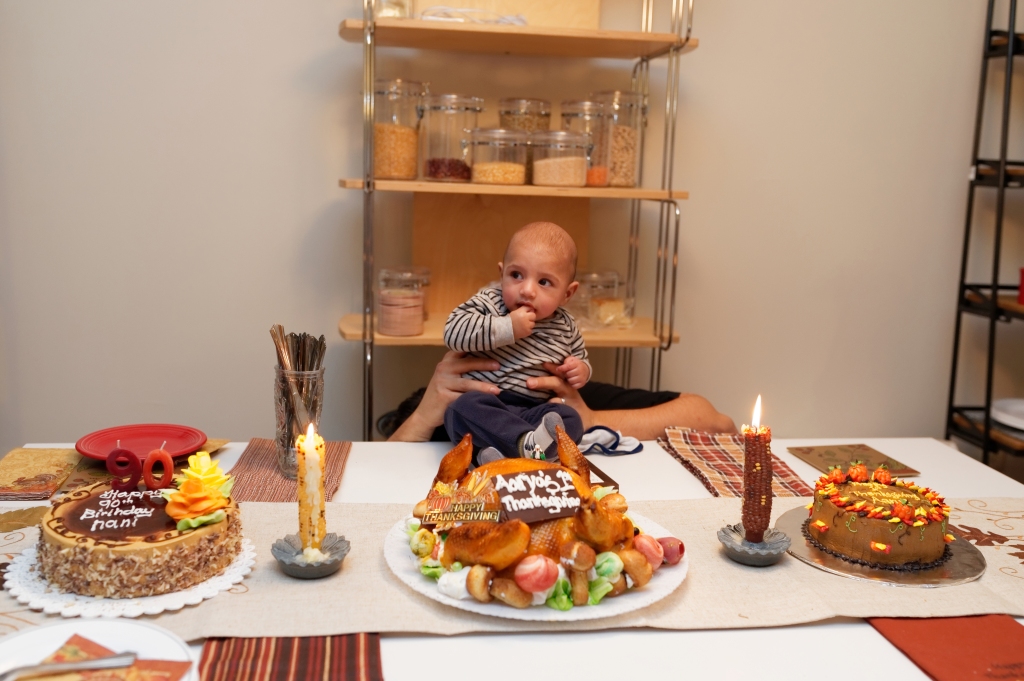 and yes he wondered why he had so many cakes…we also celebrated my grandmother’s 90th birthday. 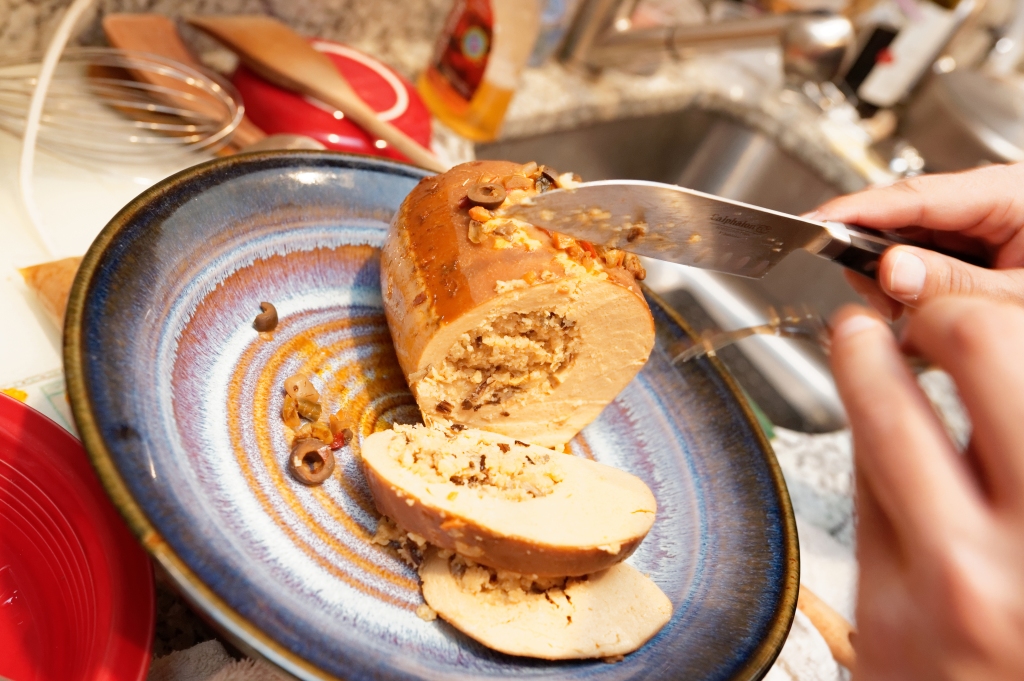 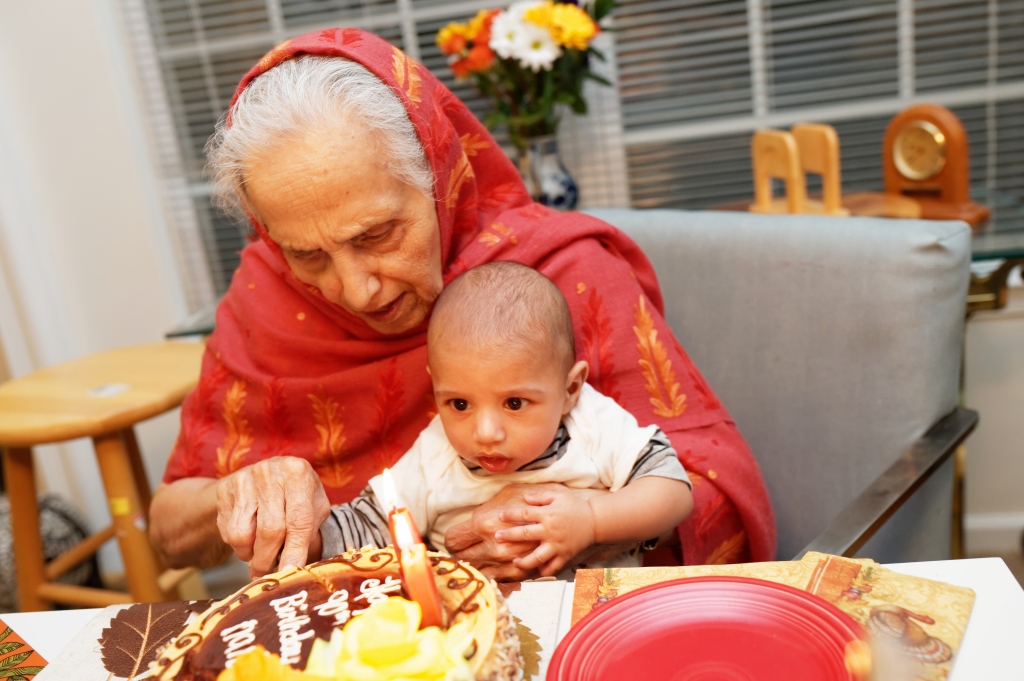 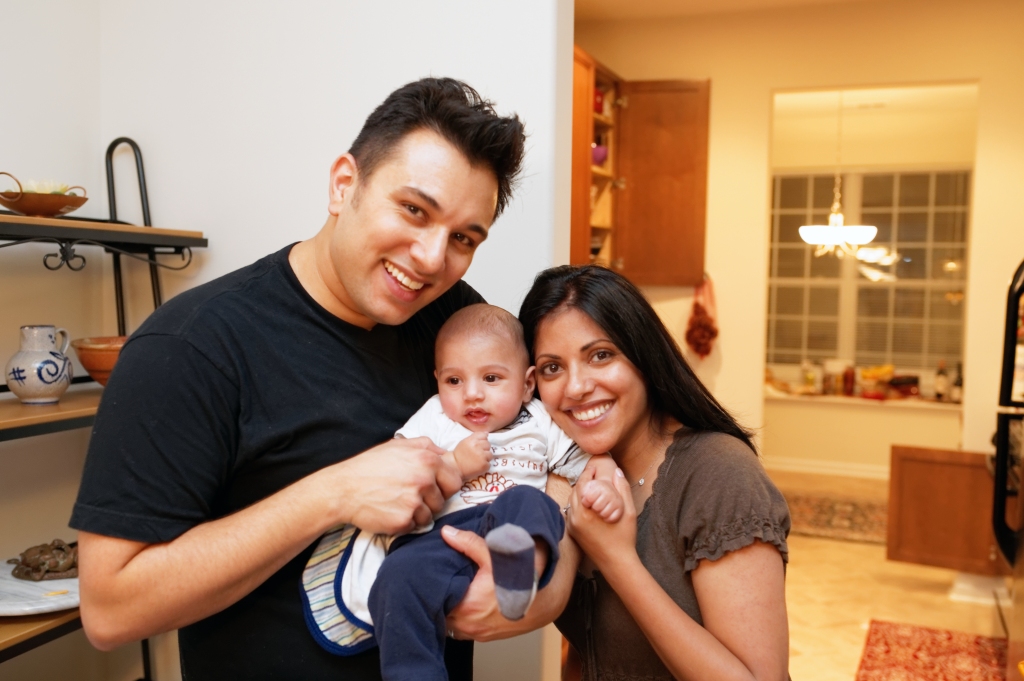 why he never looks directly at the camera when we take these once in a lifetime shots!